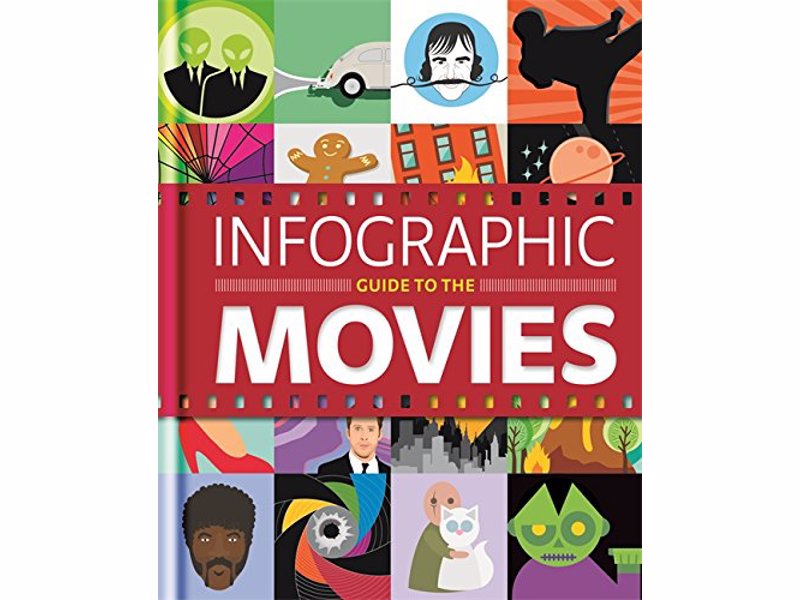 More than just a book of words with graphs, Venn diagrams and charts included, this book is packed with over 100 original artworks and illustrations, at-a-glance facts to amaze and astound readers, graphics on every major movie genre, and every major movie market around the world.

With surprising and enlightening secrets of the industry, Infographics Guide to the Movies has global scope, universal appeal and is visually impressive.